Installing Window Shutters in Australia for Regulating Light and Privacy 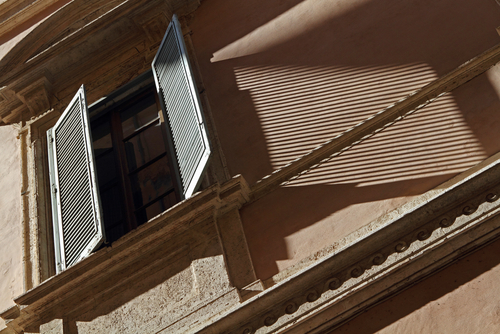 Why get plantation shutters for your home?

A lot of people like to think that window shutters in Australia serve as nothing more than just an interesting decorative piece which just isn’t true. Yes window shutters make a good alternative to regular drapes and curtains but such window treatments certainly have more to offer than that. How exactly is this so?

One such purpose is light regulation; shutters in Australia provide a quick and effective means of controlling the amount of light entering the room. Simply adjust the angle of the slats until you’ve reached a comfortable setting. This also helps with your energy expenses as you don’t need to depend on your lighting fixtures as much to keep living spaces illuminated throughout the day.

Yet another good reason to opt for window shutters is that it offers a great way to maintain privacy throughout your home. The slats can be angled in such a way that it obscures vision from the outside while keeping living areas lit and well ventilated. This is particularly useful considering that majority of burglaries involve opportunistic criminals that just happened to see their victims valuables from outside the property.

If cost is an issue, you can look into so called quality half price shutters from reputable manufacturers. Of course you’d want to be careful about where you purchase your shutters from. Check out reviews about Shutters Australia if only to ensure that you get the best value out of it.

Ready to get started? Call “Shutters Australia” today on 1300 853 206 and check out some of the best deals when it comes to Shutters in Australia!